Reaching Beyond to Change Lives in Kenya and Beyond

If you read my last post or saw anything on Social Media, you know I went to Kenya for 10 days in February for a Mission Trip. I felt a calling from God to go serve on a trip with Reaching Beyond Ourselves www.ReachRBO.org so I made a commitment to go. I had to raise the funds to go and I set up a GoFundMe to make it easy for people to donate. It was a challenge for me to ask people to donate to send me. I have no problem asking for people to pay me to speak, to invest in my products or consult/coach with me. However, to ask people to donate funds to send me on a mission trip was a challenge for me. I have this “row your own boat” syndrome that was saying I should be able to do this myself but then I realized allowing people to help me would not only be a blessing to me, it would bless them too. I was right. So many people were encouraged by this trip and were happy to donate to help me. I managed to “Get my ASK in gear” and I reached out to 5 people a day and asked for a $20 donation. Many people donated much more than that and some who didn’t have much donated anyway. I was humbled and moved by the outpouring of support. I raised $400 more than I needed. I used those extra funds to purchase socks and underwear for girls and boys. I had 22 dozen socks and 16 dozen underwear (I went to the fashion district in downtown L.A. and of course negotiated a good deal!). 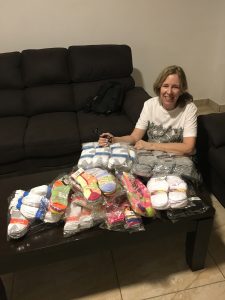 Socks and Underwear for Boys and Girls

While I was raising funds, someone on twitter asked if I wouldn’t rather be paid to go teach people in Kenya vs going on a “voluntour.” She said she had been there many times and then tagged me on Twitter with a link to a satirical article suggesting I was going on a “voluntour.” I had never heard that term and did some research to find out what that meant. I found that some people go on these “tours” to make themselves feel better about themselves and not really to help. They may help somewhere for a short time but most of their trip is spent sightseeing. They take a bunch of pictures and pretend they are doing something more but are there more for the sightseeing than anything else.

I knew I wasn’t going on that kind of a trip. RBO has been going to Kenya for 20 years. Their slogan is “we are here to serve not solve.” I was going to serve in whatever capacity I was needed. I was excited to learn that at the end of the trip on our way back to Nairobi that we would spend a few hours in the early morning on a Safari. However, that was going to be after a significant amount of service to hundreds of people. I’m grateful I was able to see some of the beauty of the Kenyan wildlife and scenery in that area. These photo’s below are only a small sample of the beauty I was blessed to get to see. 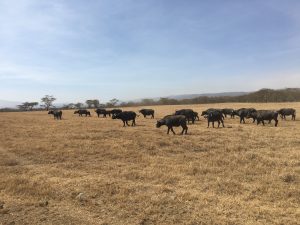 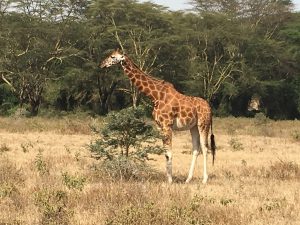 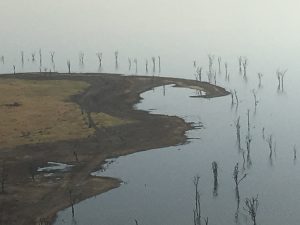 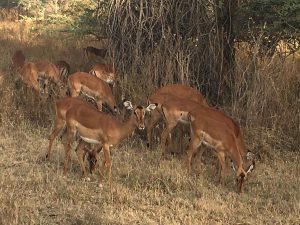 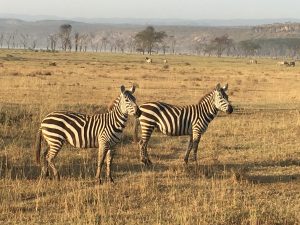 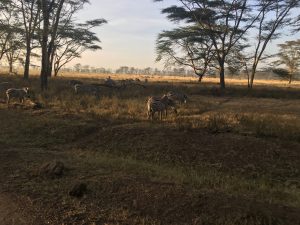 I flew from LAX on Feb 15th and arrived in Nairobi on the 16th around 10pm. It was about 24 hours worth of travel. By the time I got through customs it was almost midnight. I was picked up by the team and we spent a few short hours sleeping before hitting the road to Kitale at 6am. 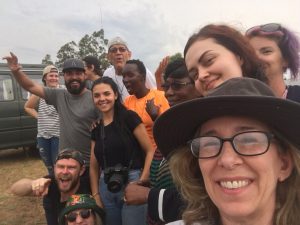 I noticed the countryside was picturesque. We stopped for a bathroom break, bathroom had hole in the ground, there was a charge for toilet paper and the ladies washed the stall when each person was done by sloshing water scooped from a bucket into the stall.

Mixed among the villages where people herding their cattle or goats along the side of the road. I saw the odd Zebra or Baboon strolling along the roadway and crossed the equator line. 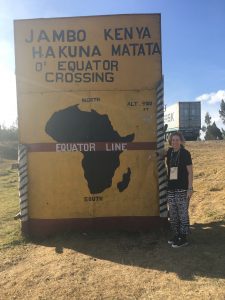 Arriving in Kitale we unloaded the van’s and then headed out for a walk. We were surrounded be several street kids. There were Piki Piki’s (motorcycles) everywhere that were actually taxi’s. You could get a ride to your destination for a reasonable fee (about $1 US). Sometimes I saw several people on the Piki Piki like 4 plus the rider. 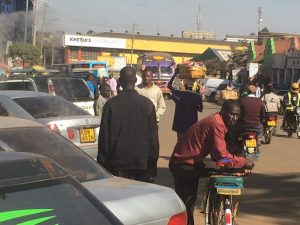 Our days were long 12-18 hours and very rewarding. I fell asleep exhausted and spent every single day. I gave my all to everyone I met. We visited churches, schools, clinics, homes, prisons, slums and various other places. I shared my story and my faith with many groups both large and small. I held babies and children who were disabled and simply needed human touch. We distributed food, the socks and underwear I brought and other necessities to hundreds of people. We spent time with kids, women, and men. We shared love, faith and hope. We connected, built relationships and served. We were on God’s mission to serve as many as we could and give hope and support. The photo below with me holding the small little girl was very special. She could not move much and spent her days laying on a mat with people caring for her throughout the day. I picked her up and her whole face changed. She started to smile and coo. She knew someone was holding her and she was happy to have the human connection. I didn’t want to put her down. 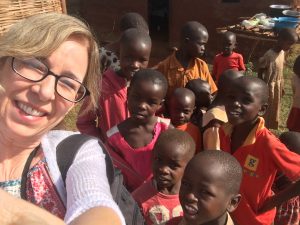 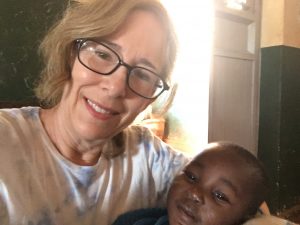 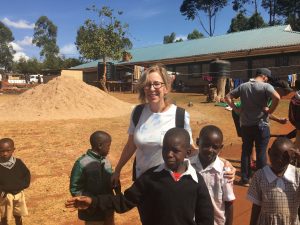 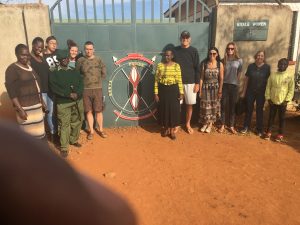 I have experienced some significant traumatic things in my lifetime and as Pastor Rick Warren of Saddleback Church says “Don’t Waste Your Pain.” If you have gone through pain in your life and have healed from it, other people want to learn how they too can heal from that pain. I shared my strength hope and empowerment with people at several locations. Our visit to a church at Mt Elgon was amazing. I was asked by our leader Pastor Steve Rutenbar to share something with the men. I came up with “How Do You Negotiate with the Devil” and let the Holy Spirit guide me on what to say. I used my gift of speaking to uplift, empower and encourage wherever we went. As we were leaving, we were asked to pray for a lady who had some significant struggles. It turned out she had been raped by men that came to kill her husband. Finding him not home, they raped her instead. She asked how to get past the resentment. I was able to share my story. I was very candid about my story as having experienced rape myself in the past. I shared the good, the bad and the recovery. I was asked to pray for her and I did. I still pray for her now and have hope that she will be whole again. 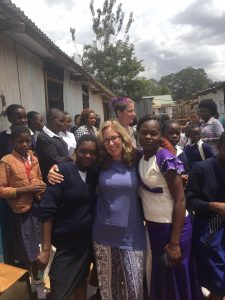 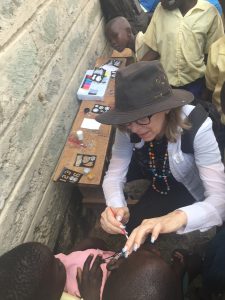 I think I painted 100 faces. The kids loved it! 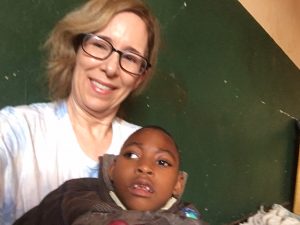 This child simply needed to be held 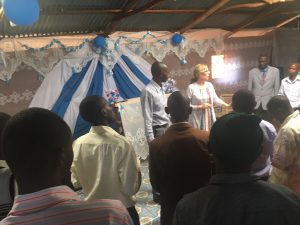 Sharing “How Do You Negotiate With The Devil? with the men of Mt Elgon 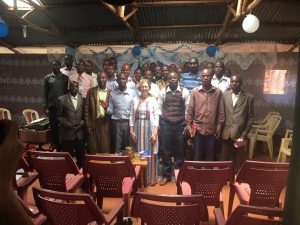 I kept praying and asking what more can I do to serve here? Who do I serve in a greater capacity? I wanted to be of service more and be able to return again and serve more than just this 10 days.

I met and spoke to a group of young ladies and young men about the self-leadership principles from my upcoming Think Like A Leader book. They all inspired me so much. They had come from tragic circumstances and made a choice to get educated and make something more out of their lives. I committed to work to start a Toastmasters Club in Kitale, Kenya and have been working that with Toastmasters World Headquarters, my POC in Kitale and the Toastmasters members. This is one group I am called to serve and looking forward to helping them grow a Toastmasters club in Kitale. 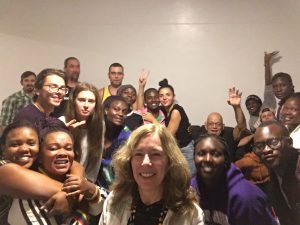 One of our visits was to a slum called Kipsongo. It had once been a displaced peoples camp that closed down but the people had nowhere to go so they stayed and it became the Kipsongo slum. The people live in mud huts with a tin roof and dirt floor.

I shared my story with the women of the slum and what happened next answered the prayer of another place I was called to serve. To read more on that story, see the next blog post…. 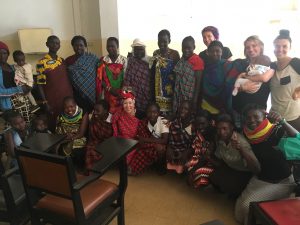 When you spend your time serving humanity in some capacity rather than focusing on the negative that you can find in life, you will change not only your own life for the better but those you serve as well.

I served 23 years in the military. I have served women in shelters, women and men veterans and participated in projects in other countries and locations such as Tijuana, Mexico, Cancun Mexico, Honduras, and other locations. I have been searching for a permanent place to serve. While I will continue to serve in other areas, I have found a place I am called to permanently serve. This changed my life and also is changing the life of many people in Kitale, Kenya. I am Reaching Beyond myself to serve not solve but long term service provides it’s own solutions.

P.S. If you’d like to support my return to Kitale, Kenya I have started a new GoFundMe for my return in July. https://funds.gofundme.com/dashboard/return-to-kitale-kenya 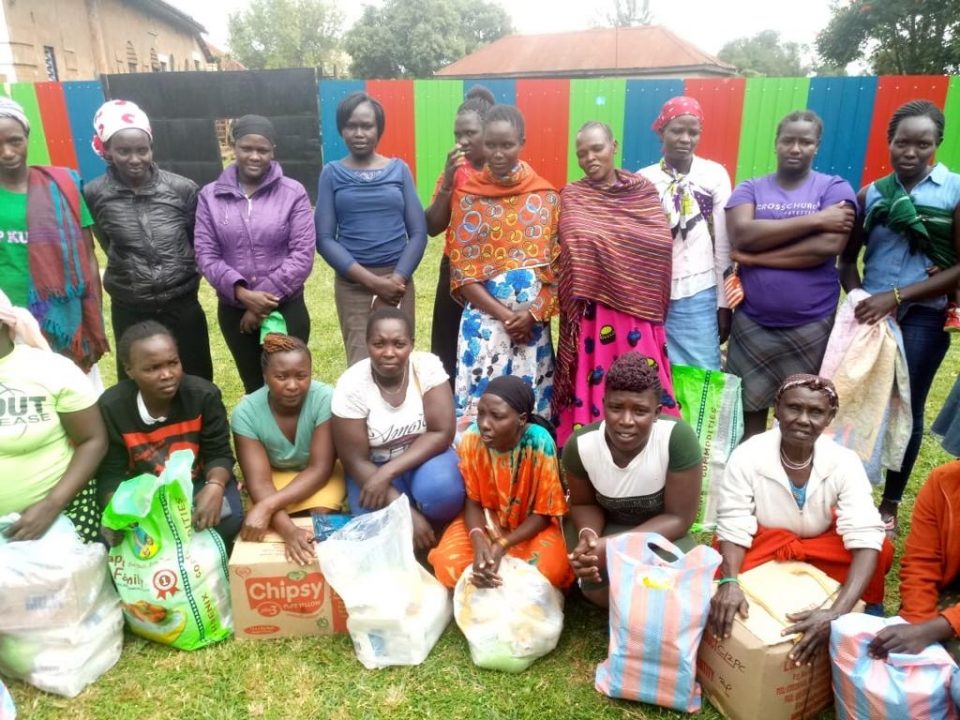 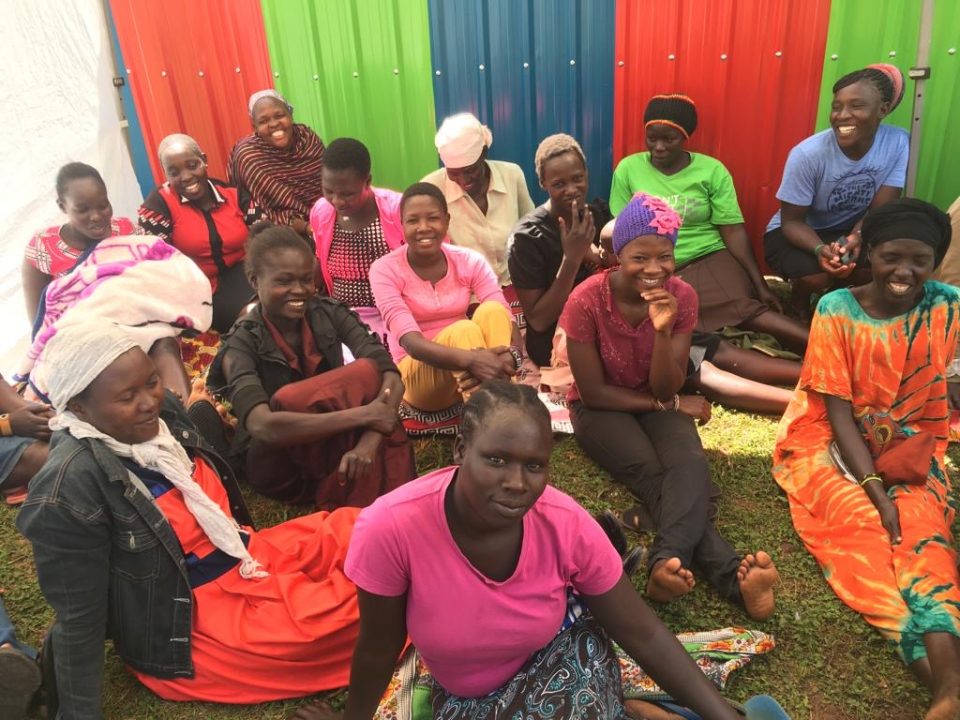 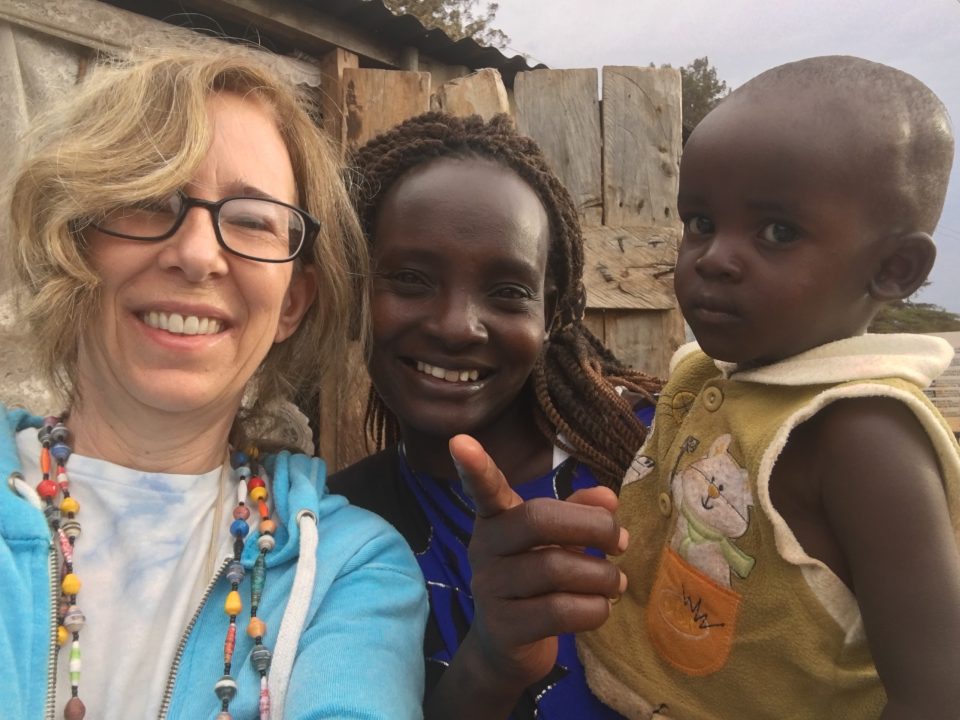